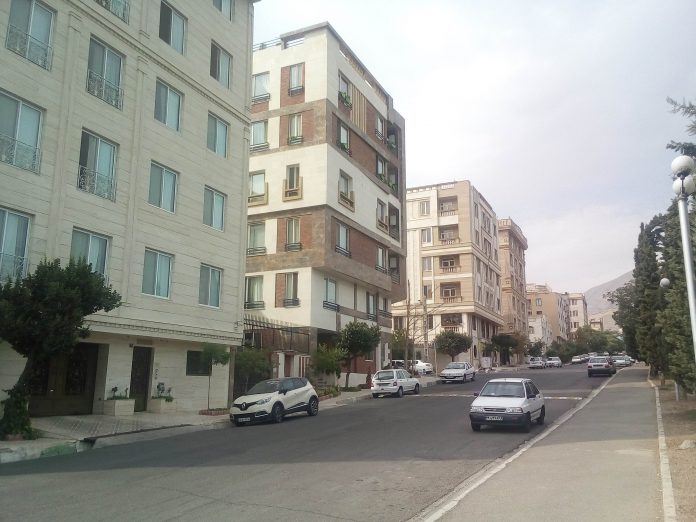 The housing like nearly all other aspects of life has changed a lot in the recent century in Iran. In rural and tribal life, the houses were in forms of tents (Siaah Chador), Kapar, or houses made of Kaahgel (literally means mud and straw), all of which were well-adaptive with the local geography and climate. In urban life, the houses were traditionally large houses (more than about 200 square meters) with large courtyards or gardens in front. The kitchen and private bedrooms are also larger than what is usual in Europe and there had been usually a large hall for the parties and gatherings (the halls are usually separated from the main living room used by the family). The houses were usually divided into two parts: Interior for the family members and exterior for the guests and meetings. In hot and dry areas of the country like Yazd and Kashan, the houses also included basement rooms which were cooler caused by their special architecture, e.g. windcatchers (Baadgir) and fountains.

So, Iranians are familiar with large houses and feel uncomfortable in small ones. These days it is still regular to live in large houses except for the metropolitan citizens who are forced to live in small apartments because of the land price. The children usually played all day in the courtyards or outside with other neighbor children. Even now the apartments usually have at least a small shared courtyard with a small garden containing some trees and flowers. In Tehran, most of the apartments have four or five floors and also towers are seen everywhere. Most of the apartments have at least one parking space for each house (it’s a rule of law for the new buildings).

And now a little about inside the houses. When you enter an Iranian house, you probably have to take out your shoes outside as the people in Iran usually keep inside of their houses extremely clean and furnished by carpets and the shoes are considered dirty. Even for the modern houses which are floored by stone or ceramics, people don’t usually walk in on their shoes (but maybe with slippers). Most of the houses of a middle-class normal family are full of diverse furniture providing a pretty comfortable life. Even the Young couples often have everything such as TVs, large refrigerators and freezers, washing machines, big ovens, microwaves, dishwashers, beds, couches, dining tables, beautiful curtains, hand-made carpets, lots of dishes, traditional handicrafts, etc. It’s something about social norms: For the young couples starting their new life together, the boy should provide the house and the girl should bring the furniture with her. Of course, the girl usually doesn’t have that much saving so her father has to buy that furniture. Therefore, people visiting the young couple in their house would evaluate how the girl’s family has performed their task! Although it’s not bad for anyone to live with welfare, the dark side is making marriage and starting independent life much more difficult, as the families don’t have that much money to afford all those facilities.

Nearly all of the houses in the cities enjoy utilities such as electricity, drinking water, gas, sewer, and telephone, all are very cheap (there’s no economic reason for saving the energy!) Warming and cooking inside the houses is often done using the gas. Inside the houses is normally much brighter than how it is in Europe. Large white and yellow lamps are used together at night. Likewise, the houses are pretty warm in the winter that some people live with their underwear even in the winter and on the other hand, the air condition system is sometimes turned on all day and night in the summer! The most-used air conditioner system in Iran is still the Evaporative Cooler (called ‘water cooler’ in Iran) (except in sultry parts of the country close to the sea) which uses both water and electricity and makes a very delightful air condition. In recent years during the hot days of the summer, it sometimes happens that there’s no electricity in peak-hours during the day because of over-usage (but there’s no problem outdoors for example for metro, etc.) The other utilities (gas, water, and telephone) are nearly always running.

The first things you need to know when you arrive in...