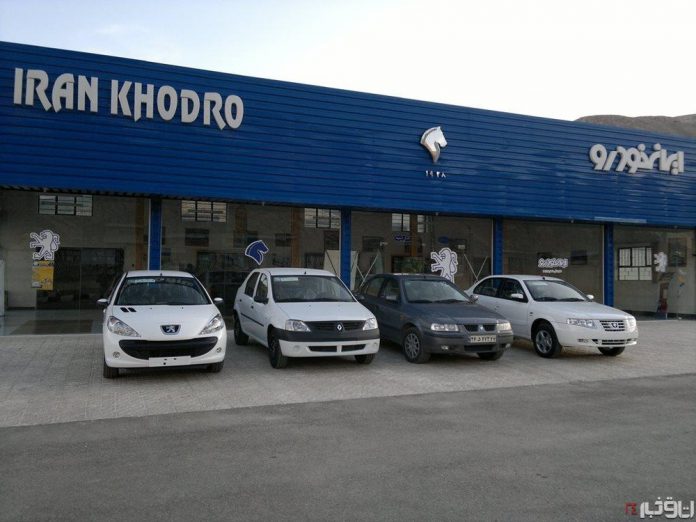 I always think about how ‘driving’ can be a notable and informative behavior for the sociologists. You can learn much about societal behaviors and attitudes by studying how people drive their cars every day. You can understand how people are self-sacrifice or selfish in their everyday life, how they respect the law, how they resolve their conflicts, how patient they are, how sustainable they think about the environment, etc. That’s why I decided to put a specific post about driving a car in crowded avenues and highways of Tehran.

Tehran becomes absolutely jammed in its peak hours and this is really exceptional for Tehran among all other cities of Iran. People deal with this traffic in different ways, one of which is using various smartphone applications to find their ways, esp. Waze (more than others) to get rid of traffic. Although public transportation is very cheap, the gasoline price is also very very cheap (it’s now a few years that the price is fixed on 1000 tomans/liter! Less than 10 cents!) making the personal car driving so affordable for all. The usage of gasoline in Iran is about 100 million liters a day and Iran is the leader regarding this indicator compared to other countries in the region. Many prefer the comfort of driving their own car, despite the traffic and lack of parking space than walking and changing different public transportation vehicles. You can see many single-passenger cars in the streets. Some people complain the shortage of public transport but I think that’s not always true in Tehran except in some areas and I have seen people who can commute simply by metro, but they prefer obeying their past habit of driving. One effect of this huge number of cars is pollution, which is a real issue of the city in the winters. To solve the problem, the government is supplying gasoline with Euro4 standard in Tehran which has reduced the problem in recent years but far from being a perfect solution. There’s another type of fuel vastly offered all around the country which is CNG (natural gas) and that’s much clearer (and again cheaper!) than gasoline and serves 13 percent of the whole fuel usage in Iran. All the fuel stations are supplied and priced by the central government and all is produced inside the country. The other solution has been the enforcement of the law for all more than 5-year-old vehicles to be checked annually about the pollution and other factors (Called ‘Moayene Fanni‘ means technical check).

Also, the municipality of Tehran (and some other large cities) have designated a congestion charge for the central zone of the city which is fairly high for middle-income people to pay for every day or annual subscription. If you want to drive there, you have to register in my.tehran.ir and register the car number. These have been effective, however, only for a limited area around the city center. But traffic jam is still a big issue in the city highways. It has caused serious illness especially for the children and elders and many die after that (it’s said more than 4000 annually die in Tehran because of air pollution).

The people on the other hand, have their own solution for traffic! In crowded cities like Tehran, you can always see many motorcycles on the streets. They are usually so noisy and pollutant (caused again by the cheap gasoline price and poverty). There’s no need to pay for the congestion charge in the city center, there’s a little problem for their parking, and they can escape the traffic. They are everywhere and you have to be very careful about them, both as a car driver and a pedestrian. They go in ‘no entry’ ways and lanes, they swerve between the cars in traffic, and they find shortcuts in the pedestrian zones!

Now it’s good to focus a little on the law. People have to pass at least 10 sessions of driving lessons in official training institutes before they can attend the driving license exams. So, they experience fairly well training at the beginning. The police have enforced laws and relatively high fines (usually between 50000 to 200000 tomans) to reduce car accidents. The police enforced laws on fastening seat belts, the maximum speed is reduced, many of the streets and traffic lights are equipped by cameras, and the policemen are watching the roads with cameras during days to catch up any driving offenses especially for high speed and seat belts. Yet, more than about 16000 people die annually in road accidents!

Here again, knowing the norms is more important than the laws! People are quite impatient in their car driving. They drive fast (just like me!) and change their lane frequently. They try to find a way to escape from traffic and go a little forward even if that needs breaking the queue. On the exits in highways, there are always some cars who overtake others and go ahead to the exit although there’s a long queue before that and that causes traffic for the whole way. If you are pedestrian, be very careful when crossing the street. The crosswalks are never cared for by drivers and no car stops behind them and you always have to watch out for cars with high speeds. In traffic lights, pay attention to the light and run your car as soon as the light changes to green, otherwise, the cars behind may honk the horn continuously! Nearly all the traffic lights are equipped by timers that count down to make waiting more tolerable moments for you!! This impatience results sometimes in verbal and even physical violation on the streets for small things.

About parking, you are allowed to park everywhere on the street corner sides, except that there’s a no parking sign. If there’s also a tow car sign, there’s a high chance that your car will be moved to parking that will cost you money and a lot of time. Also, there are sometimes signs for parking costs which you have to pay for your parking with the machines nearby by your metro card (it’s the case in Tehran but might differ in other cities). Something ridiculous that’s seen frequently in crowded areas is the cars parking next to each other occupying part of the street path -that is called by people double parking!

About fines, it’s good to know there are four types. One type is delivered to you by paper and in person by the police, usually when they see you doing an offense. The other is when the police officer puts the fine paper on the front window under the wiper. Another one is the fines made by the automatic cameras (mostly for speed and passing red light). And the last type is when the officer commands you to stop but you don’t notice or take care. Among these types, only in the first type, you have to pay as soon as possible, because it doubles after two months. The easiest way to pay is through the website by entering the vehicle card number and choosing the item to pay online.

Not only the driving behavior in Iran may be strange and odd for a European newcomer, but also the vehicles. You can see large cars a lot more than tiny cars like Europe. Also, when driving through the city, you may consider how similar the cars are! Pride, Samand, Tiba, Peugeot 206 & 405, and Tondar 90 are most seen among all. That’s because of the high costume fees for car importation enacted for decades to support the car industry (especially the two main companies: Iran Khodro and Saipa). Most of the people can’t afford to buy foreign cars which are very expensive even comparing to their real price in other countries. As an example, you can buy a new Renault Captur not less than 350 million Tomans (about 23,000 Euros). I’ll write more about it later in a separate post about the industries in Iran.

Pollution or virus, fresh air is what’s missing these days in...