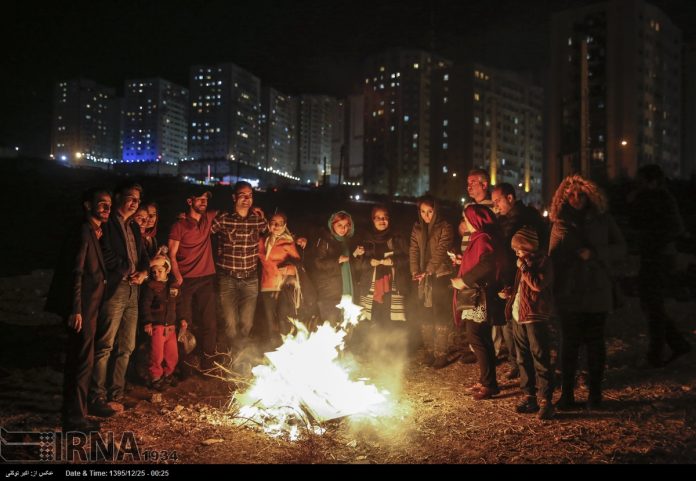 If you want to count the most widespread old festivals in Iran, Charshanbeh Suri must certainly be one of the items on your list. It is held on the eve of the last Wednesday of the year (Chaeshanbeh means Wednesday and Suri means festive). On this evening, people usually come together outdoors, make fire and jump over the fire flames. These symbolic behaviors mean trying to purify the body from illness and weakness by the fire powers and characteristics and preparing for the spring and start of the new year (Norouz) after a long cold winter. This meaning was also reflected in the songs that children traditionally used to sing while jumping over the fire -for example, this popular one: “Sorkhie To Az Man, Zardie Man Az To” which means ‘your cheerfulness be to me and my weakness be to you’. This festival is of course a national symbol, a cause to gather and meet each other and have fun and excitement with fire.

In recent years, new forms of activities are added and even dominated in Charshanbeh Suri. Firecrackers and fireworks are much more used by the youth and children from the beginning of the evening until midnight (this is getting very similar to the fire plays on New Year’s Eve in some European countries). The dangers of this stuff and their sound pollution has made some criticisms. This year we, unfortunately, had 1894 burning injuries and 9 deaths at this night, according to the official stats. The critics say this is exactly working in contrary to the philosophy of this night, which was getting prepared for the new year with health and well-being. But of course, these new forms are bringing more excitement and they can much more amuse the youngsters who want to go out with their friends for a couple of hours.

If you want to experience this evening, just be at anywhere in Iran on the last Tuesday before the 20th of March, buy some safe fireworks if you’d like, and get present at the city main parks and places. But please, be careful!