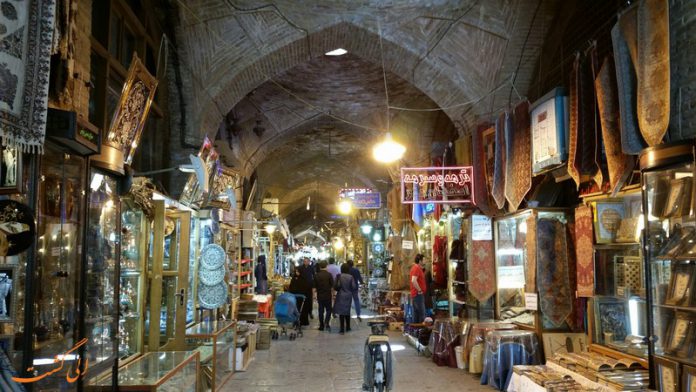 Iran is characterized as the second-largest economy in the MENA (Middle-east and North African) region with more than 80 million people and an estimated GDP in 2017 of about 440 billion USD which makes it one of the upper-middle-income countries in World Bank categorization (GDP per capita is 19,557 USD). The HDI value for Iran is about 0.80 (right at the border of “very highly developed countries”) and IHDI is 0.71 (well above the world value: 0.58). Regarding infrastructures, about 95% of the population use improved drinking water, 88.3% use improved sanitation facilities, and 100% of the population in rural areas have access to electricity. Almost all the areas in the country enjoy mobile coverage and many of the rural areas now access high-speed mobile data networks. Poverty is estimated to be 8.1% (in 2013) and the Gini index is 40 [1].

However, the main part of the GDP and state revenues come from selling crude oil as the country ranks fourth in proven crude oil reserves and second in natural gas in the world. It has made the country’s economy so volatile experiencing economic recessions in recent years as a result of US sanctions on oil sales and banking systems. The most recent stress occurred in 2018 resulting in a huge depreciation of the national currency as the Euro-Rial exchange rate in parallel market tripled in a short time resulting in large inflation of more than 20 percent. Although the sanctions always trigger the crisis, the economy suffers from fundamental issues especially in its banking system and its dependence on the importation of fundamental needs. The country also suffers from a high unemployment rate especially among youth which is estimated up to 40 percent in 2017/18. It’s partly due to the high youth population growth and also caused by the stagnation in economic growth in recent years.

The Iranian government claims that the sanctions have been totally ineffective and the US officials both in Obama and Trump’s presidency say the pressures -what Trump calls now the ‘maximum pressure’- have obliged the Iranian government to attend in negotiations and so on. What I can see as a citizen inside Iranian society is different from both arguments. Of course, the pressure hasn’t been ineffective creating a lot of problems for the normal and poor people. On the other hand, I think all these pressures haven’t made any considerable major change in Iran’s behavior. Instead, many people now understand that the US and its allies are the main cause of their sufferings and troubles. It seems so unfair and ridiculous that they put pressure on normal people to make them act against their government while the governors might be affected the least from the sanctions. All these pressures over the years and especially in recent years have brought this learning for the country that they need to establish a resilient economy which is followed in a general doctrine called ‘Eqtesad-e Moqavemati’ to make the main pillars of the economy less dependant to the political fluctuations.

The leader of Iran, explaining the general policies in Resistive Economy: http://english.khamenei.ir/news/1882/Leader-s-Speech-on-the-Economy-of-Resistance-in-Meeting-with

One problem that makes the Iranian economy so vulnerable is its dependence on the selling of crude materials and the industries in commodity products based on assembly -which can’t compete internationally. Most industries are established based on the imported production machines targeting only the internal markets. This problem is being addressed under another new policy called ‘Knowledge-based economy’ (‘Eqtesad-e Danesh Bonyan’) which is trying to support the industry to focus on design and R&D. However, it’s still too small regarding its share of the national economy.

What is mostly understood under the knowledge-based economy in Iran is the fast-growing online businesses. It’s not more than 10 years that this new trend is started after vast identification of smartphones in the country, the large population of youth starting their career in the country, and new ways of fund-raising institutions identified by the central bank. Before this, the main way of funding startups was through bank loans and IPOs in the stock exchange market; also, in a few situations, treasury bonds for national construction projects. But in recent years, different VCs and accelerators have started up. Also, the growth of online financial services such as internet banking and secure payment solutions has been an important factor in providing ground for online startups. Online taxis, online food ordering, online fin-tech solutions, online marketplaces, online social networks, etc. have changed notably the way of life in Iran, all that occurred only in about five years!

The word ‘startup’ in Persian web search in Google.

One big issue with the Iranian economy is that a large part is owned or managed by the state. From 2005, the government started a new wave of privatization to concede all these corporations to private owners and investors. Unfortunately, that wasn’t a completely successful experience, though. First, because it made so many corruptions in tenders. Second, it didn’t become real privatization as, in many of them, the management authorities were kept in the hands of the public sector. A term is coined for this phenomenon in the informal language: ‘Khosoolati’ combining two words: Khosoosi (private) and Dolati (public)!

One clear example was the car production companies which despite their public offering in the stock market, are still controlled by the state and their CEO is assigned by the Ministry of Industry and Mining. Considering the high costume rates for the importation of cars, they enjoy a kind of monopoly in the country and never ever a president takes the risk of making a free competition market in this sector. It might result in high unemployment and protests and also limitations in satisfying the consumption needs in the sector, in threat of sanctions, all resulting in a national security disaster! A similar issue is present in the banking sector, petrochemical industries, and so on. This is another characteristic of a boycotted economy like Iran that makes corruption or other kinds of inefficiencies.

Pollution or virus, fresh air is what’s missing these days in Tehran