This site will look at Persia, which at one point had been one of the greatest empires of all time. From this great culture we gained beautiful art seen in the masterful woven Persian carpets, melodic poetic verse, and modern algebra. It is referred to as an “ancient” empire, but, in fact, some Persian practices, such as equal rights for men and women and the abolishment of slavery, were way ahead of their time. The fall of this great dynasty to Islamic control in 633-656 will also be touched upon. Since that time.

But with history and culture this rich, it is to no surprise that Persians want to be distinguished from others including their Arab neighbors.

Persians are not Arabs; – & here is why:

From this great culture we gained beautiful art seen in the masterful woven Persian carpets, melodic poetic verse, the most beautiful and eye catching pieces of art and modern algebra. It is referred to as an “ancient” empire, but, in fact, some Persian practices, such as equal rights for men and women and the abolishment of slavery, were way ahead of their time.

These are common ones that are asked here in the Western world.  Search the internet for an answer, and many different sites and forums come up each with a different response.

Unfortunately, the average American’s study of history usually starts with the Ancient Egyptian civilization, followed by the Greeks, Romans and then somehow skips to Christopher Columbus’ discovery of the New World.

That other distant civilizations developed in between those periods is new information to many. Studying our Eastern neighbors opens an entirely new world of history, culture and achievements. 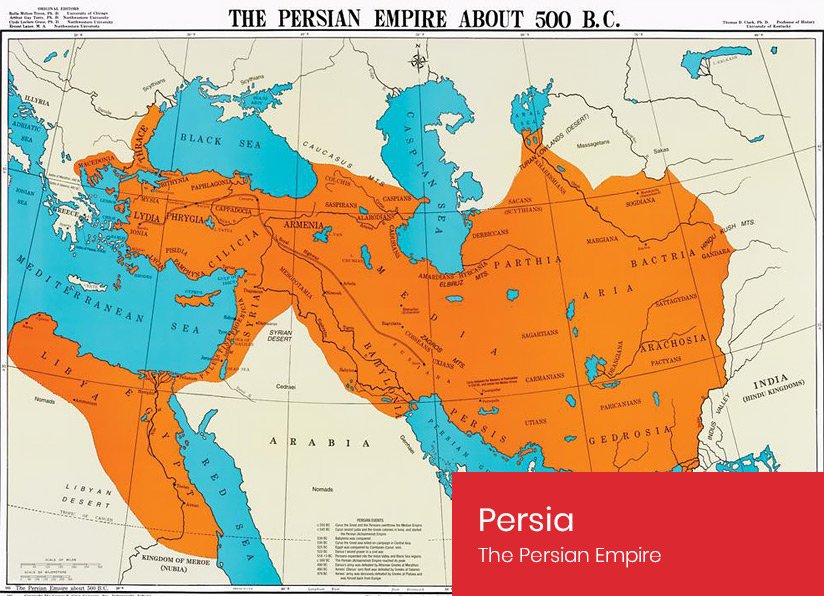 This site will look at: Persia, which at one point had been one of the greatest empires of all time! From this great culture we gained beautiful art seen in the masterful woven Persian carpets, melodic poetic verse, the most beautiful and eye catching pieces of art and modern algebra.

It is referred to as an “ancient” empire, but, in fact, some Persian practices, such as equal rights for men and women and the abolishment of slavery, were way ahead of their time.

For instance women in Persia were very honored and revered; they often had important positions in the Courthouse, Ministries, Military, State and Treasury Department, and other official administrations. Women were treated like Goddesses esteemed as mothers of creation before the barbaric invasion upon Persia.

Recent works on the role of women in ancient Persia show great participation by women in all facets of life, indicating not only their autonomy and independence, but the existence of an equal social system which accepted the authority and independence of women.

Even in modern era compared to other countries in the region Iranian women have relatively more rights, especially if compared to countries like Saudi Arabia, where women are not allowed to drive.  In fact, in Iran many households are ruled by women. Mothers have the upper hand at home. Education rate is higher between Iranian women and girls. The number of female doctors, engineers and experts in high positions is just the proof of that.

The fall of this great dynasty to Islamic control in 633-656 will also be touched upon.

Persia was conquered by the Arabs, but they did not lose their language or their identity.

Ethnic Persians make up 60 percent of modern Iran, and modern Persian is the official language.

But with history and culture this rich, it is to no surprise that Persians want to be distinguished from others including their Arab neighbors.

If you call the Iranian people “Arabs”, it will most certainly annoy them. Iranians are proud of their glorious ancestry, nationality and culture and are very touchy on this subject! This may have been amplified since Persians and Arabs have been rivals throughout the history.

Clarifing the appropriate use of the term “Persians”? 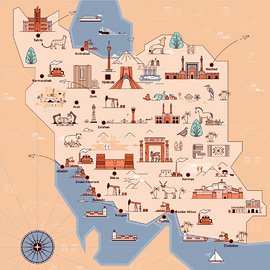 Persia is now thought to be synonymous with Iran, but does either of those terms define the myriad of ethnic groups within the country, such as the Kurds or Turks, those who neither identify themselves as Persian nor speak the Persian language of Farsi?

Or should it simply be used to identify goods and wares we have all become familiar with like the Persian cat or Persian Rug?

This website will look into what is really behind the name “Persian” by briefly discussing its rich history and unique culture.

And perhaps finally one will understand why Persians Are Not Arabs.

The majority of Iranians are of Persian ethnicity. Even within this ethnic group, the Persians have a diverse ancestry, but all of them have one thing in common: their language. Persians speak Persian, also called Farsi. The statistics from 2011 shows the ethnicity breakdown for Iran as follows:

The official language of the country is Persian, though locally it is called Farsi. 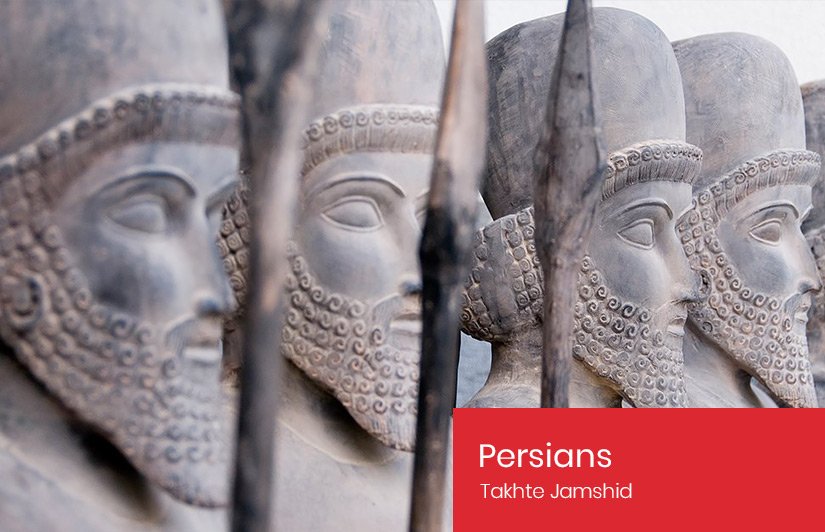 The answer is NO! Persians are not Arabs!

Different Geo-Location: Arab people live in the Arab world is made up of countries in the Middle East and North Africa such as: Algeria, Bahrain, the Comoros Islands, Djibouti, Egypt, Iraq, Jordan, Kuwait, Lebanon, Libya, Morocco, Mauritania, Oman, Palestine and more. Arabs trace their ancestry to the original inhabitants of tribes of Arabia from the Syrian Desert and Arabian Peninsula.

Persians live in Iran and their neighbors are to the East Pakistan and Afghanistan and to Turkey in the west. Persians are a part of the Iranian inhabitants. 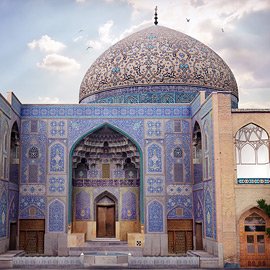 After Arab invasion in 651 Islam did eventually displace the native Zoroastrian religion, however, the Persians held onto their identity through their language, literature and arts which are discussed in in detail other parts of the website.

The confusion between the two ethnicities seems to arise from their shared religion of Islam. Islam is not a nation, nor is it an ethnic group. It is solely a religion. Much like African Americans and Japanese can be Christian, Persians and Arabs can be Muslim.

The cause of this division are said to happen after the prophet Muhammad the original leader of Islam passed away in 632.

The followers of Islam were divided into two sections:

The ones that consider the Prophet Mohammad’s main followers as their next leader and the ones that wanted his bloodline, his cousin and son-in-law Ali, to rule over Muslims.

The first group of followers is called the Sunni, and the second group is Shia. Nowadays the official religion of Iran is Shia, but Sunni is practice in a few places.

Most Persians, including most Iranians, practice Shia branch of Islam!

Shia followers are actually a small group in Islam world and are considered minority (about 10%, of Muslims worldwide). Most Shias today live in Iran, Pakistan, India, and Iraq, and they adhere to Twelve Shiism – the belief that twelve imams, appointed divinely, descended from Ali. Arab Muslims in fact don’t consider Iranians ‘true’ Muslims because they do some rituals so different from Sunni Muslims in Arab world do. Zoroastrian Persians that refused to convert to Islam, fled to India.

Persians, because of their background and Zoroastrian past developed a different culture from Arab counterpart.

Persians do a lot of Islamic rituals differently!

Even though the main religion in Iran is the Shia Islam, there are a few smaller religious groups:

For example the Sunni Islam is the religion undertaken by the Kurdish in the west, the Turkmens, and the Arabs in the southern part of Iran. Apart from these, there are also a handful of faith groups around the country; the distinguished ones for example are Christianity, Bahai’at, Judaism and Zoroastrianism.

Persians have different traditions and ceremonies than Arabs! 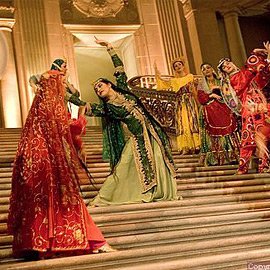 Even though Arabs invaded Persia (Iran) and had to change their religion, Iranian kept most of their Zoroastrian tradition and ceremonies and still celebrates them.

At the time of Arabs ruling Persia, Persians now had to choose whether they wanted to accept a new culture, change their language to Arabic and religion to Islam. Persian did everything to maintain their language when Egypt and other countries from north of Africa started to speak Arabic.

Persians actually pride themselves that they fought to remain as Persians, not Arabs.

The most important holiday in Iran is Norooz (also Nowruz) which marks the first day Persian New Year.

Yalda Night (also known as Shab-e Chelleh) is one of the most ancient Persian festivals celebrated by Iranians which marks the longest night of the year.

Other notable Persian festivals are: Chaharshanbe Suri, Mehregan, Tirgan and many more.

Neither of these festivals and ceremonies is celebrated in Arab countries.

As you can see the Persian and Arab culture are fundamentally very different!

Fun fact to know is that unlike most nations, Arabs do not celebrate their new year!

Eid al-Fitr (a religious ceremony) is the most important holiday celebrated in Arab countries or “Arab World”. Eid al-Fitr marks the end of Ramadan. Ramadan is a holy month in which Muslims fast.

Eid al-Adha (also known as “Festival of Sacrifice”) is the second most important Islamic holiday. It is celebrated by Muslims all over the world. 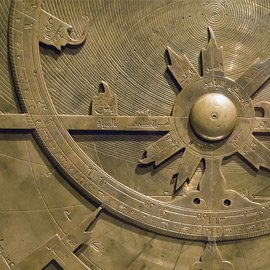 If you still think Persians and Arabs are the same, you’d be surprised that they do not even use the same calendar!

Arabs use Hijra calendar which begins its count from the Islamic New Year in 622 CE is based on an important event in Islamic history.  On that day in history in the Islamic lunar calendar, Prophet Muhammad and his followers migrated from Mecca to Yathrib (now Medina) as they were fighting native Pagans.

Iranians have Iranian calendar which is based on the ancient calendars Persians used in pre-Islamic era. Iranians do celebrate Persian new year (Norooz or Nowruz ) and actually it is considered as the most important time of the year!

Norooz comes from an ancient ritual when Persia’s official religion was Zoroastrianism. The Iranian calendars were invented and used for over two millennia in Iran and ancient Persia, Which is one of the longest chronological records in human history.

The origin of the Persian calendar that is used nowadays by Iranians can be traced back to the 11th century. When a group of astronomers such as the well-known poet Omar Khayyam created what is now known as the Jalaali calendar. The Persian Solar calendar is one of the world’s most accurate calendar systems. It has less than 1 second per year (1 day in 110,000 years) error percentage.

As you can see based on the things explained in this article and other articles in this website, Persians Are Not Arabs!