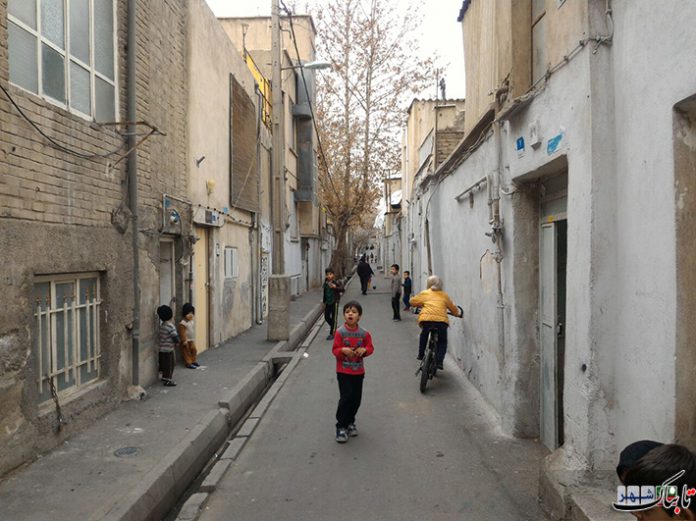 I want to write this time about an important membership group in Iran, i.e. the ‘neighborhood’ called a ‘Mahalleh’ in Persian. Although it’s weakening these days in large cities, they are still alive in some parts of them and also in small cities and villages. Being a member of a neighbor doesn’t mean just living in the same place, but implicate a lot more in people’s identity and characteristics. Special norms, roles, and values inside the neighbors constitute a determining part of the social life existing there.

I know, it doesn’t sound very delightful in modern societies with individualistic culture to be observed and controlled by others (and of course, it might make some dark points in traditional collective forms of living in neighborhoods). But the bright side was the social capital creating value in different aspects of people’s lives. If anyone needed some house accessories or nutrition, they could easily go and borrow from their neighbors. Sometimes it was lending money which was done based on social trust. If anyone wanted to go travel, the neighbors took care of their house: guarding against robbery, irrigating the plants, feeding animals, etc. The neighbors helped each other in housework, for example in cooking, cleaning, repairing, taking care of the children, etc. If a neighbor had cooked good food, they shared with others. If any stranger came to the area, everyone was aware and resulting in more social security in there. This social capital and trust were also facilitating life in various aspects from financial transactions -buying on credits- to even permanent relationships like marriage.

These relationships were more tightened in special forms of public gatherings and collective activities that happened in the neighborhood. One of these was a special form of a gym called Zoorkhaneh where they exercised special forms of Iranian sports. This sport wasn’t just a physical activity but it included special community meanings. The strongest person who was usually old and most experienced was called ‘Morshed’ who led the activities. Anyone who was both strong and ethically accepted in the community was called ‘Pahlevan’. They sang special poems often carrying religious meanings together with the drum rhythm coordinating the activities. Therefore, they practiced moral values, collective action, respect to the elders, and religious teachings in addition to their sports. These days, some of these gyms are still working in some cities.

Read more about Zoorkhaneh and see a list of active ones in Tehran: https://surfiran.com/zurkhaneh-iran/

Another type of public gatherings were the events for the commemoration of Imam Hossein. One of these was called ‘Tekye’ which was in a tent or other shared spaces which was used mostly in the first ten days of Muharram. People also made processions called ‘Daste’ in the form of walking on the streets and singing religious poems (Look here to read more).

The mosques were also important gathering spaces in which people met every day when they came for praying. In addition to everyday prays -three times a day- the mosques were a space for other public gatherings during the year, in religious holidays, and in funeral events. Sometimes the mosques functioned as an auditorium for example for decision meetings that needed everyone present, etc. I’m sure I’ll write about the mosques and the collective activities inside that some time in a later post. Many important historical political activities in Iran are started from the mosques.

There have been some other types of gatherings which are just for special groups of society. The men usually went to coffeeshops -called Chaikhooneh- drinking tea and using Qelyoon when talking to each other for hours. In very old times, it was accompanied by Pardekhani which was reading Persian poems while pointing to related drawings.

The children and teenagers also had their own gatherings that weren’t limited only to the schools. They started knowing each other from very young ages when they played outside their house, on the ‘lane’ –‘Koocheh’- in the afternoons -playing football, biking, and lots of other special group games. In the era of electronic devices, the game net clubs were founded in the neighbors that were used by the group friends. ‘Koocheh’ had real pedagogic functions for the children where they socialized to the outside world, learned collective action, made friends, and empowered their hard and soft skills.

As the women spent most of their time inside their houses, they also had their own gatherings by meeting frequently at home, talking to each other about everything and performing different collective activities such as cooking, weaving, babysitting, and even diverse outside works on their farms. Many important decisions relating to the families were made inside these meetings!

Although most of these neighborhood groups and gatherings belong to traditional communities and many are remaining from the old times but modern life hasn’t just brought ‘individualism’ for neighborhoods but also new types of collective actions. One example is the gatherings among old retired people inside the parks finding each other good peers in times of loneliness. Another modern example is the public physical exercising inside the parks in the mornings. If you go to one of the main large parks in Tehran in delightful mornings of summer, you will see different groups with different forms and different interests. It’s very interesting and strange!