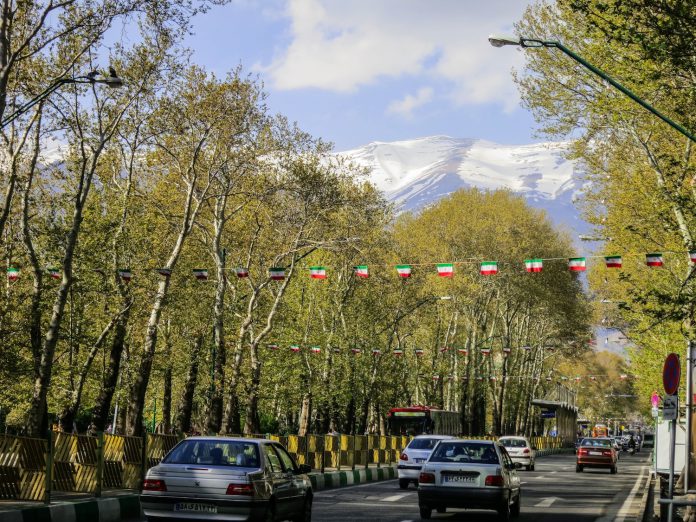 It is my first day that I’ve arrived back to Valiasr Street. It is one of the main and most crowded places in the city of Tehran, the capital city of Iran. This is where I’ve been working for more than 10 years. I was abroad (in Europe) for a few months for my academic research. The trip gave me the chance to see the world with a new lens and understand how my own Iranian lens is different. And now I can see many odd things even in my way from home to work!

The city of Tehran is the biggest and most populated city in Iran, with about 8.7 million residents (more than 10% of the country). It is really Iran’s capital city regarding the population, facilities, industries, universities, and politics. I just moved to this city like many other young students for the university studies 10 years ago and from that time, Tehran has witnessed an incredible and rapid change.

One instance of this rapid change is visible in the city public transportation system. Most of the metro lines and stations are opened during these years. Bus lines are also connecting every part of the city, especially the BRT (Bus Rapid Transportation) system with its convenient and modern buses is so popular to skip the city traffic jam running on its special route. (read more about public transportation in Tehran in its specific post)

A lot of new parks and gardens (Jamshidie, Nahjol-balaqe, Pardisan, Javanmardan, Yase Fatemi, etc.) are also opened during these years, making public access possible to the natural preserved parts of the city.

Likewise, many new tourist attractions are added to the city. Before this, Tehran was not counted as an important tourist destination in Iran like Esfahan, Shiraz, Yazd, etc. It only offered some historical places from Qajar and Pahlavi dynasty in from the recent 150 years. But now I think it has prominently been changed. Milad Tower (The tallest building in Iran), Tabiat Bridge, Chitgar Lake, Persian Garden, etc. are now added to the historical attractions. (Once I got to the well-known beautiful European cities, I was really comparing them to Tehran and thinking about the great potentials for tourist attractions here.)

The city highways and tunnels were also grown a lot –however, maybe not as fast as the traffic did. Tohid tunnel, Niayesh tunnel, and Sadr highway the long (6 km) double-floored highway are some of the most prominent examples among many other ones.

Thank the good garbage disposal system, gardening, and street cleaning, the city is relatively neat. The city design, access to facilities, and public services are fairly equal between the different parts of the city even comparing the south (residing poor people) and north (homeland for wealthy people). Moreover, the city is grown so much especially from the west. There are some new settlements formed in these parts providing social houses for many of the new employment immigrants to the city. Of course, this list can be continued!

Not only is the city changed in its appearance, but also in the lifestyle and culture. More people now shop and entertain in the large hypermarkets and malls built at the heart of the cities and many of the services are now offered by online applications. Foreign luxury cars are seen much more all around the city (especially large eastern cars). The social freedom in public areas has changed a lot. Women are wearing and making up more freely. Boys and girlfriends are freely walking together on the streets and enjoying their time in the cafes. In the public parks especially in the northern part of the city, many dog walkers are seen every day.

Valiasr is the name of the last Imam in Shia Islam. Most of the streets, lanes and other places in the city are called after the religious persons or martyrs after the Islamic Revolution in Iran. Valiasr square is just at the center of the city and a newly constructed attraction and shopping destination are located there called Ivane Entezar.

The Valiasr Intersection is also an important part of the city which I’ve passed along about every day in all these years. It is a transportation hub which intersects two metro lines and two BRT lines. There is a great underpass which connects all these lines from under the ground. If you don’t know your exit before, there’s a good chance to get lost there! Before building this underpass, there was always a problem with the traffic jam caused by a large amount of crossing pedestrians through the street. Now the problem is solved by directing people to the underpass and building fences around the ways made it so difficult to cross the streets. However, there are still people who prefer jumping the fences than spending their time going down and up! Like most of the other metro stations, there are vendors selling small handicrafts or commodities especially souvenirs from different cities of Iran.

If you eventually find your way up on the ground, a big theater (called City Theater) is seen on one side at the middle of Daneshjoo (Student) park. Valiasr Street is one of the old streets of Tehran covered by tall beautiful plane trees. Valiasr Intersection is where you can really see the diversity of people living in Tehran. Informal vendors can always be seen here, selling some clothes, mobile covers, kitchen facilities, and even old books. The diversity is also visible among these books which serve different interests and favors. There’s also a big book shop for selling and exchanging the second-hand books right there.

Two big buildings catch your eyes on the northwestern side which belong to a big business in Iran, i.e. Konkoor; the national entrance exam for the state universities. Locating these two tall buildings at the center of the city tells clearly about their large wealth gained from books they publish and trial exams they hold to help the Konkoor applicants.

Although the paper advertisements and flyers are cleaned frequently by the municipality, you can see a lot of them stuck on the walls. A big proportion of these ads belong to informal businesses for performing university projects and dissertations, doing translations, and publishing articles for the students! There’s a big segment for the customers of these businesses walking here every day because of some of the main universities locating around (Amirkabir University of Technology, Arts University, a branch of Azad University, and of course the University of Tehran).

So much for now! In summary, Valiasr Intersection is a good sample area to see how Tehran changed fast during the recent decade.