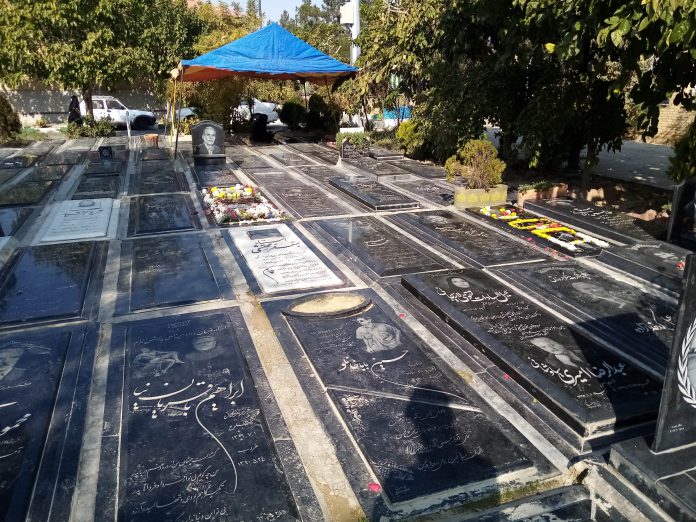 One of my relatives passed away after a serious road accident last week and we were really busy holding the funerals. He was so young and it made us more upset as it was much more shocking for his mother and wife. The Iranians are very sentimental and emotional and really dependent on their family and missing a family relative upsets them a lot. As soon as a person dies in Iran, close family members and friends come together in his/her house to be around the grievers and express their empathy. This considerably calms them down to spend time with each other and talk. Indeed, the gap of the missed one would be filled by other acquaintances in the first days and this continues sometimes until 40 days thereafter. We still have guests nearly everyday including our family members and friends after about three weeks.

In addition to this continuous stream of gatherings, there are also some main events held by the grievers. The first one is the main funeral in which the body is buried inside the grave. It’s recommended in Islam that people attend this event as many as possible. The body is washed in a certain way and covered in certain pieces of cloths -called Kafan- and then it’s carried on top of the hands toward the grave. Some specific religious words are said to the dead person in order to recall him/her about God, the prophets and what will happen after death. The funeral is ended with a free lunch for all the attendees usually served in a restaurant.

Nearly all the Iranians, as is taught in Islam, believe in life after death. They believe that the spirit of human does never deteriorate and separates out from the body after death. Although the spirit lives in a higher world, it can still hear and see what’s going on down here. In the other world, the spirit starts understanding the real meanings of what it has done in life and faces their reality. The good actions are enjoyable and pleasant and the bad actions would be suffering the spirit. This suffering, in most cases, will be temporary and would finish after that the spirit is purified. But in some cases, it will be permanent: that the person had chosen with their full authority -not just because of wrong understanding, wrong habits, wrong social norms, the difficulty of the action, etc.- to act in the wrong way with the intention to confront God.

Another event is called Tarhim or Khatm. The most number of people gather in this event often held inside a mosque. Many mosques in cities have a separate hall for such events -other than the main hall for daily prays. This event Includes reading Quran, a religious speech by a clergyman usually about death and the other worlds, and then a Maddahi reminding the happenings of Ashura. It includes a reception with tea, dates, halwa, and/or fruits or fruit juice. The main grievers stand at the door and everyone comes to them for greeting and expressing their empathy. All this event lasts about two hours. There are also other events held at the house or again inside the mosque on the seventh and fortieth day after the death and then the annual anniversaries. This is very usual that the grievers/mourners go frequently to the cemetery to see the grave of their loved ones, usually on Fridays. They read the Quran and pray, speak to the spirit of that person, and offer free food to anyone around there. The Iranians believe that the human won’t have the opportunity to correct their past actions in life after death, but the ones in the world can do good things such as donation or pray that can benefit them -called Kheirat. Another reason for going to the cemetery is reminding that death is so close to all of us and we have limited opportunity to live good and we have to appreciate our time preparing ourselves for permanent life.