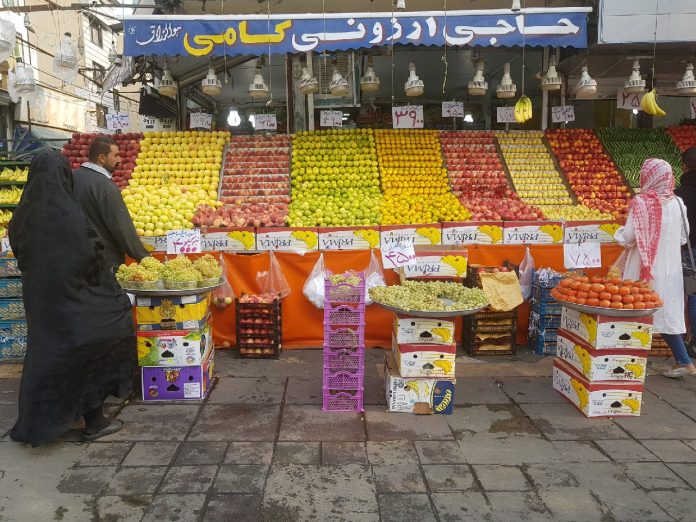 I could not imagine that the way people buy their everyday goods and necessities might be different among countries unless I put my steps in another country outside of our region. I’m not talking about obvious things like digital exchanges and other modern exchange ways which are more developed in some countries than the others. But the usual buying habits from outside street vendors may be different.

Just like anywhere else, we have supermarkets, clothing shops, restaurants and fast foods, barbershops, book stores, etc. Of course, the forms are changing usually from small to large chain stores that offer diversity with good prices. Shahrvand, Refah, Hyperstar (branch of Carrefour), and recently, Kourosh are some of the examples that are found these days in every neighbor in every city. But here, I aim to introduce some of the shops which I think are very special in the context of Iran.

Are you hungry and feel tired of the usual restaurants and fast foods? Then you can try other forms of Iranian meal in very special forms of Iranian restaurants, called Tabbakhi, Jirgaraki, and Kebabi. In Kebabi, Kebab and Jojeh Kebab are served for lunch and dinner and usually Halim and Aush for breakfast. You can try Kallepacheh (lamb’s head and legs) and Sirabi in Tabbakhi from morning till evening. And a Jigaraki sells lamb’s liver, kidney, and heart! I know foreigners may be unfamiliar with these kinds of food -except Kebab which has become an international food!- but many Iranians really like them as their favorite food.

By the way, if it’s in the morning or afternoon and you want to spend time outside you can also go to Chaeikhaneh. That’s a traditional form of Café in which tea, Qalyan, and Iranian breakfast are served.

It’s probably true if we say bread is the most eaten foodstuff in Iranian daily habits. Iranians prefer to buy fresh and hot bread from particular bread bakery shops called Nanvaey. Even during the COVID, they did not close even for one day because many people couldn’t change this habit and the bread industry wasn’t able to supply all the demand in any other way. Not only the Nanvaey is dedicated to making and selling bread but also there are different types of them each of which for one type of bread such as Sangak, Barbari, Lavash, and Taftoon.

Return to the pre-industrial age!

Organic and hand-made shops are spreading in the food sector for those who don’t trust industrial production very much. In response, a new type of shop is revealing and spreading called Labaniaty that means ‘dairy products’. But you can find there other foodstuffs such as nuts, Iranian sweet souvenirs, verjuice, tomato paste, etc.

Traditional preferences are not limited to the food but they also leak to remedy and medicine. Just go to an Attari to buy traditional Iranian herbs and medical plants. You don’t have to be literally ‘ill’ to buy these herbs but just to re-adjust your body. I will write about the Iranian traditional medicine in another post (Read here).

Where to push the car when broken down?

If your car needs fixing it will not be as easy as bringing it to a repair shop. For each kind of breakdown, there is a specialized shopping. So, you have to diagnose the car failure, in general, to bring it to the right place. For the car body skin, for the engine and braking system, for the battery and electrical parts, for the interior parts and audio system, for the mirrors and glasses, for the exhaust, and for the tires and wheels you have to go to a different shop.

What are those small kiosks in all the streets? They sell anything from newspapers and magazines to cigarettes, from biscuits and cookies to coke and juice. Then you can buy so fast without even going inside any shop.