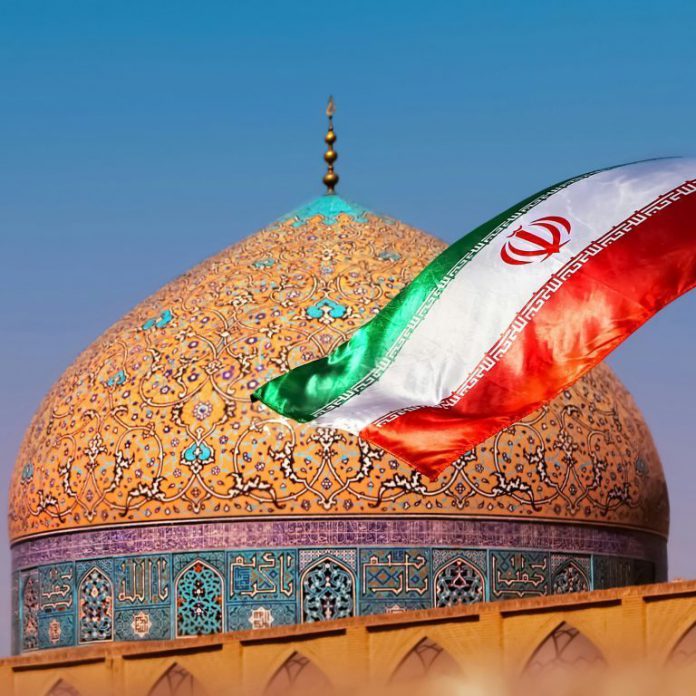 This text is adopted from: Australian Cultural atlas: https://culturalatlas.sbs.com.au

The Islamic Republic of Iran is a Middle Eastern nation located at the crossroads between Arab Asia and Central Asia. While it borders seven different countries, the Iranian people do not seem to affiliate themselves with the Arab world; nor do they share much commonality with those in South/Central Asia. Rather, the distinctive Persian identity engenders a strong sense of pride and belonging among its people. Indeed, one commonly hears Iranians calling themselves “Persian1”, as they often prefer to be associated with the prestige of the historical empire. The Iranian culture and people have a history of being one of the most progressive in the Middle East. Iranians can often recount the country’s legacy and heritage in great detail.

One of the most notable characteristics of the Iranian people is their thirst for knowledge. In first interactions with a stranger on the street, one may find that a taxi driver is, in fact, an ‘expert’ on architecture, or a colleague can explain the complex history of countries they’ve never visited. Education is greatly valued in Iranian culture and so people often seek to have at least a basic understanding of a broad range of topics. Many people study for a higher education or post-graduate degree as strong respect is shown to those who have proof of expertise. All leaders are expected to have a high level of academic achievement or theological education.

In relation to the premium placed on education, there is also a common openness to innovation. Indeed, general society embraces science and development, and there seems to be a cultural consensus that Islamic principles do not necessarily contradict technological and scientific progress. Iran has been swift and forthcoming in adopting and bringing forward new ideas. One can notice it in the institutions dedicated to technology and medical sciences, but also in the general population’s remarkable mobilisation of multiple social networks.

Across its history, Iran has continuously pursued modernisation whilst looking to maintain its spiritual integrity. It has had a Muslim majority population for centuries and so the culture is deeply characterised by its strong Islamic influence. The Iranian people have a record of practising quite a progressive form of Shi’a Islam. The cultural interpretation of the religion has been traditionally open-minded, making allowances for liberal behaviour and improvements in women’s rights. People generally had more the freedom of choice and expression over, for example, whether they wished to pray or wear a ‘hijab’.

However, in 1979, the Islamic Revolution overthrew the secular monarchy and the Islamic Republic was subsequently established. This system of theocratic governance remains in place today. Under it, Islamic theologians and ‘mullahs’ constitute the highest ranks of leadership. They ensure civil law and court decisions abide by the principles of Islam, and are generally highly conservative. Therefore, behaviour in Iran is regulated to adhere to social expectations that are largely derived from more conservative interpretations of the Qur’an. This religious governance directly affects the public, political, economic and legal aspects of people’s lives. Today, the conservative interpretations of Islam have become a major social force and dictate much of what Iranians can and cannot do. Iranians regularly break the Islamic civil rules; however, this always carries a risk of arrest. Speaking up or publishing material that questions the current system can also be interpreted as anti-Islamic.

Many Iranians have misgivings about the politicisation of Islam. Much of the population seeks a return to a more liberal society; older generations can often remember the time when public life was more easy-going and younger generations, exposed to alternative ideas through the internet and overseas education, yearn for a lifting of restrictions on individual behaviour.

Despite the firmly entrenched reach of the Islamic Republic, Iranians generally discuss politics with vigour. Indeed, subjects that Australians often avoid (politics and religion) are not necessarily taboo conversations among friends and colleagues in Iran. Many people use humour to criticise their leaders through ‘doublespeak’, and share their theories of scandal and corruption with strangers. Nevertheless, while politics is commonly ridiculed, most people are very reluctant to criticise Islam both from a social standpoint and a moral/theological perspective. It is important for non-Muslims to understand that many Iranians generally recognise the government as the source of their complaint, not Islam.

Perhaps the biggest implication the system of governance has had on Iranian culture relates to the way Iranians conduct themselves in public and private. For many Iranians, there is a personal contradiction between what they ‘want’ to do and what they are ‘permitted’ to do. Therefore, it is very important to distinguish the political culture and values of the government from the culture and values of the Iranian people.

At first glance, public behaviour in Iran is generally conservative. It is uncommon for people to overtly express themselves or publicly identify with unconventional subcultures or hobbies. However, many Iranians refer to this as the ‘surface’ culture in which people act as their ‘zaaher’ (“visible”) identity. In public, people behave in the way that will benefit them (i.e. keeping to the rules to avoid attracting the attention of government operatives). However, individuals may not necessarily believe in these actions and instead fake them for the sake of their safety and reputation.

More recently, Iranians have been referring to themselves as living ‘underground’. ‘Underground’, people behave the way they truly believe, often relaxing their moral codes of behaviour. This is the way they act at home or with their inner circle, where they can reveal their ‘baaten’ (“inside” or “true”) identity without risk of arrest. For example, at one point, all music and dancing were banned and Iranians had to carefully hide the activities they loved ‘underground’.

Behaviour in Iran is also noticeably influenced by people’s perceptions of pride and dignity. This is based on the traditional idea that people should protect their personal and family honour by giving a public impression of dignity and integrity. As people don’t want to risk doing something shameful, they generally adhere to social expectations. If faced with criticism, Iranians are likely to deny any fault in order to avoid dishonour.

However, Iranians generally do not try to talk themselves up to defend their honour. While prestige can be gained through achievement, boasting of it is seen as pretentious and can draw quick dislike and denigration. Instead, people are expected to self-deprecate their success. The more humility a person shows, the less likely they are to be criticised. By the likes of tall poppy syndrome, people are expected to be humble and unassuming about themselves. Putting others before one’s self is considered the most dignified behaviour (see ‘Taarof’ in Etiquette for a further explanation).

It is worth noting that the expectations regarding what is ‘honourable’ and ‘shameful’ can vary significantly between different people, family backgrounds and social attitudes. For example, the younger Iranian generation generally do not feel the need to stringently apply the honour code and will often hide certain ‘shameful’ actions they consider reasonable from the older generations, who might be deeply offended by such behaviours.

Iranian culture remains relatively class conscious. Significant class differences were exacerbated through periods of recent economic hardship and instability. While some households may employ servants, others may struggle to put food on the table. Nevertheless, much of the population shares the benefits of the middle class. Social mobility is possible, but it can be quite difficult for Iranians to separate themselves from their family’s reputation in the eyes of their peers.

Largely, one’s family is the biggest social indicator of status. Education, wealth and ethnicor tribal associations can all affect a person’s social standing. It is also considered quite prestigious to be able to trace one’s heritage back for centuries. In recent decades, access to political power has become one of the biggest social advantages and indications of privilege. Those families that have connections with the government are sometimes afforded latitude to deviate from strict rules, or they may receive more lenient consequences for their actions. Religious association also has powerful leverage in society. Someone who is a theologian is presumed to have the moral high ground and power in decision-making, gaining them a lot of respect.

It should not be assumed that all Iranians share the same language, cultural, religious or political beliefs. There is a huge variation in social codes, behaviours and beliefs between different regions of Iran. One will find different cities have varying reputations from one another, whilst rural areas can have almost entirely different traditions and values. Furthermore, ethnic minorities tend to have distinctive forms of social organisation that are sometimes more collectivistic.

In recent years, there has been reasonably little disagreement between ethnicities in Iran – which is significant considering the diversity. Most Iranians seem to be unified across ethnic divides. Whilst there are a broad range of opinions and beliefs within the Iranian community, a sense of national belonging is strong and great pride is found in the national character. Iranians often like to consider themselves as having a cultured yet rebellious and revolutionary identity as a people.

1 See Considerations for an explanation of what ‘Persian’ is and its different uses.

What’s going on between Iran and Israel? (answering from the viewpoint...