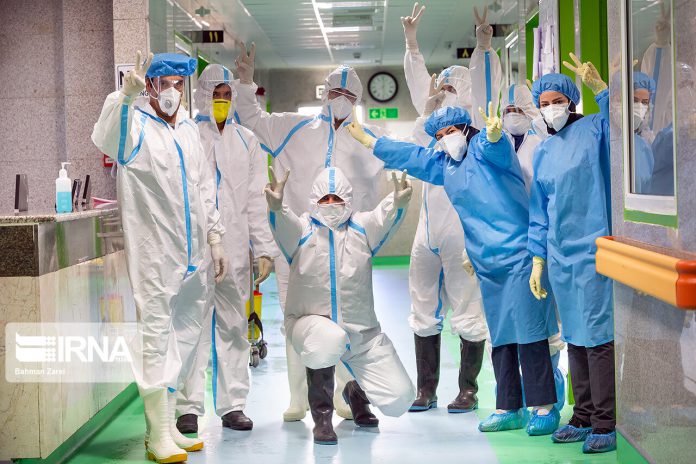 And now, a tiny virus is changing the world! And that’s interesting to sit in the imposed self-isolation and think how the international corporations and world superpowers are humiliating against an unobservable creature! Watching how the states are fighting and stealing their necessities from each other! How the people rush to the supermarkets and compete for toilet papers or to the hospitals to capture sanitizers! How the prices of commodities rise up and some large businesses misuse the free market to endanger others. And how the health systems collapse and fail to cover everyone equally. And all that is happening in the ‘developed’ world!

The COVID-19 outbreak in Iran

No one is happy about this situation. Iran also reached very soon to the top of the table of infected cases –together with China, South Korea, and Italy. The first cases were reported on 18th February, just two days before the National Parliament Election. However, the state and society didn’t take it so serious and made no disturbance to the normal life. The first attack of the virus, however, killed some of the government officials and many of the MPs were infected!

This Nowrooz with an uninvited guest

The last month of the year was so suffering for the businesses that were prepared to sell a lot for the New Year (Nowrooz). The schools and universities were closed, government offices and banks became half-time working, and the businesses thought of remote working solutions for their employees. But at least, the New Year holidays made a natural lockdown in the country.

A huge number of people go to Mashhad and other religious cities for the New Year. To avoid both the travels and the crowd gatherings, the holy shrines were closed. Also, the mosques stopped all crowd prayers and so the same for the Friday prays in all cities. It is the first time in the history that the Harams –holy shrines- are closed for many days. Some of the religious people made protests to stand against this decision. On the other hand, despite all the announcements to request people stay at home, many drove to the north towards the coasts of the Caspian sea and other cities who were stopped and returned home (The citizens of Tehran usually go there for holidays and many have their own houses there). There were criticisms to the state that they haven’t mandated enough rules to keep people stay at home. As a result, only about a 60 percent decrease in Nowrooz holidays trips were reported.

In order to control the epidemic, the government started its ‘social distancing’ policy officially on 26 March. Most of the actions were started beforehand, though. In this policy, all the schools and universities and parks, pools, etc. retain closed after holidays. The state offices work with one-third of their employees. Also, an intercity travel ban is declared and only local residents can enter the cities.

Soon after closing the schools, TV educational programs were started for each grade every day and many schools continued their schedule at online courses. Ministry of Health releases updated statistics in press conferences on a daily regular basis. The health system started its hard work from the beginning and nearly all the hospitals were dedicated to recovering the COVID-19 cases. All the recovery services for COVID-19 are provided free or paid completely by the health insurances. Fortunately, it is said that after more than one month there are still extra beds in the hospitals, however, not everyone is accepted for test and treatment but mostly the serious cases. There were not enough face masks and sanitizers available in the pharmacies in the first days but the situation is now better. Everyone is invited to register its status on a website and the suspected cases are guided by phone calls or text. Also, there are extra cash transfer programs for poor families and low-cost loans as a reward for the businesses that retain all their employees.

Social cooperation to defeat the virus

The best part of the story was the contributions of volunteers in different jobs. Cleaning the hospitals, disinfecting the public places, creating face masks and providing free masks and gloves, helping the poor and elders, or just allowing the tenants to delay in paying for their house rent. I’m sure the state could do better in quarantining the cities and screening the infected cases. But I’m still happy that we try to help each other in bad times even though it might be risky for us.

What’s happening these days inside Iran after the assassination of general Qassem Soleimani?