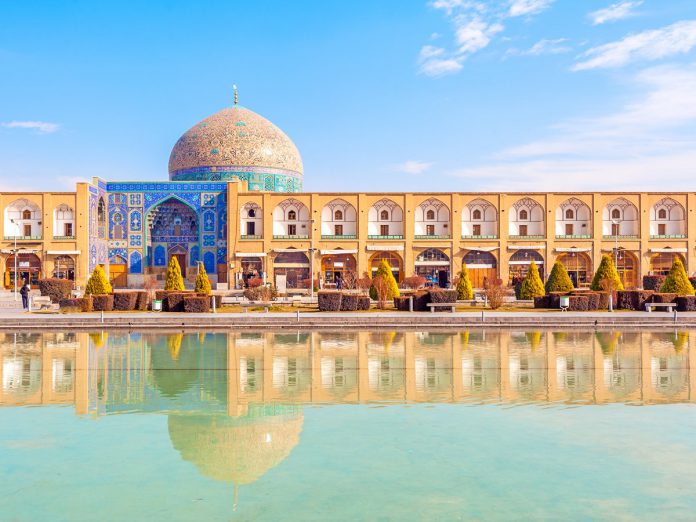 Sixth is about finding an address. If you want to find a popular place such as parks and tourist attractions, that’s quite easy. You can just type in the Google Map and find the location and the route for personal car navigation (as navigation by public transportation is not still available). However, there is usually a challenge about the street names in using the Google Map. The names are frequently changed by the municipality! Most of the names of the avenues, streets, and lanes are the names of the religious persons or martyrs in the Iran-Iraq war during the 1980s. Most of the new names after the Islamic Revolution are accepted and used by the public. But some still like to use the old names to show their history and authenticity! For example, if you hear Toopkhoone Sq, do not surprise that you can’t find such an important place on your map. That’s because its formal name is Imam Khomeini Sq. But this kind of change is still done for the names that are not religious or political. For example, some years ago, one square called Kaj (means Pine tree) was changed to Shahid Tehrani Moqadam (named after the name of a martyr). However, in Google Map, it is still named Kaj and people use the former name in their everyday addressing! Another difficult thing about finding your address is that there’s a probability that in a straight road, there are two or more names. For example, for the long avenue called in the popular language as Hemmat, the western part is formally named Kharrazi and the eastern part is named Zeinoddin and Hemmat is the formal name for the middle part. The other issue is about the spellings, as the original names are in Persian and converting them to English letters is not straightforward, so the easiest way is to search in Google Map by the original Persian words.

But why all this information about the names of avenues and streets are so important? Because usually, that’s the only way to find your destination. Although all the houses in Iran have a unique postal code, there’s no online application to find a place on the map by searching this code. So, the addresses are always given by saying the name of the city, the main street, and other streets and the lanes in the right order as a personal car heads on toward the destination.

Seventh is about security. Unlike a biased mental image many of us can have about security in Iran, it is not the case in fact. I believe the most dangerous parts in all over the country are the margins and non-residential places around the large cities. But the central parts of the cities and even far villages and rural areas in the country are quite safe. It is true even for women and even at night. However, it is better to avoid going to dark and blank areas at night if you are alone. Also pick-pocketing in crowded places such as inside the trains and buses sometimes happens. So, it is recommended not bringing anything valuable inside your handbag.

Eighth is about accommodation. I’m sorry that I reached this issue too late, though you need to do something about it before you arrive! Maybe that’s because in Iran it is still not usual that people do online booking for their hotel before they start their travel. Anyway, you can book hotels online on Google Travel. There are also some good Iranian websites that give you more choices with cheaper prices such as Jabama.com, snapptrip.com, etc. These websites are more recommended if you know some Persian and you can find a way to pay in Rial online. Another choice in small villages in recent years is the ecotourism hostels. These hostels are the traditional houses that are made ready to welcome the tourists and the local hosts will serve you and talk to you best. You can find these on Google map (Persian name: بومگردی) or you may want to experience a unique adventure by going to new places and then looking for accommodation when you are there.

Ninth. What are the entertainments in Iran? The general answer in big cities especially in Tehran is anything that can be done anywhere else! There are gardens and parks, amusement parks and game clubs, cafes, theaters, concerts, and cinemas, shopping malls, gyms and swimming pools, etc. all in relatively high quality. But if you are looking for differences, especially limitations, you can’t find casinos (gambling), clubs (dance), bars (alcohol drinking), and sex (prostitution is not legal) in public places because all of them are illegal. Also, for few public places, men and women are separated e.g. in all of the gyms and swimming pools, metro, toilets, barbershops, mosques, and schools. If you are not a Muslim and want to have your worship in public places, there are very few churches in big cities for Christians but I’m not sure about places for other religions. Likewise, in daily life, there are some limitations for minorities. For example, in the market, you can’t find beer (and other alcoholic drinks), pork, and some kinds of the seafood like lobsters and shells because all of them are forbidden in Shia Islam.

Tenth, last but very important is the toilet! There’s a problem for the tourists in Iran that many of the toilets are Iranian! (They call the normal toilets in other countries as Farangi (means Foreign) and their own as Iranian.) Of course, adapting to the new system is not easy (Maybe this can help you to figure out how!). In public places, it’s probable that they are not clean enough and around the ceramics are usually wet. Also, you can never find a urinal! Anyway, if you think you really can’t imagine dealing with the new system, there are always some Farangi toilets, especially in touristic and important areas like the airports.